Interesting things to do when coming to Hoi An.
Hoi An is an ancient trading port located in Central Vietnam. It is flourished in the early 16th...

Da Nang - My Son sanctuary
OVERVIEW
My Son Sanctuary is an important religious capital of the Kingdom of Champa from the 4th to the end of the 13th century.
This relic is a complex of more than 70 architectural works and is scattered on the rolling hills, reflecting the traditional culture of the ancient Cham Pa people. Formerly, My Son Sanctuary was the place of sacrifice and the burial tomb of the royal prince in the Champa Kingdom during the period from the 7th century to the 13th century. There are also books recording that this was the center of ancient Southeast Asia Hinduism.

Through many mulberry tanks, time has destroyed many architectural works of the relic area, more than 70 magnificent works have been left with only 20 constructions care, embellish and preserve.

The majestic mountain terrain has created a wild and mysterious beauty for My Son Sanctuary. Visitors come here not only to admire the temples  but also enjoy a fresh air, mingle with the cool nature, listen to the birds chirping on the trees to see your heart peaceful and calm.
HIGHTLIGHTS
ITINERARY

07:15 Pick up guests at the hotel in Da Nang transfer to Hoi An then joining tour. Depart to My Son Sanctuary by bus. Once there, visit the Tra Kieu capital which was the the former administrative centre of champa kingdom.
Discover the majestic ancient ruins at My Son including ancient towers which were built from 4th Century.
12:00 Returning back to the bus and traveling to a dock. Boarding a boat and leisurely cruising back to Hoi An on Thu Bon River while having a light lunch
14:00 Arriving at Nguyen Hoang pier. Car will pick you up to hotel in Da nang. 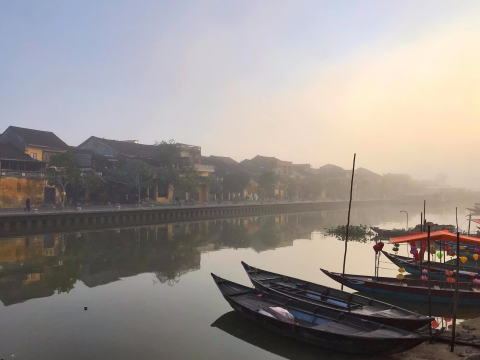 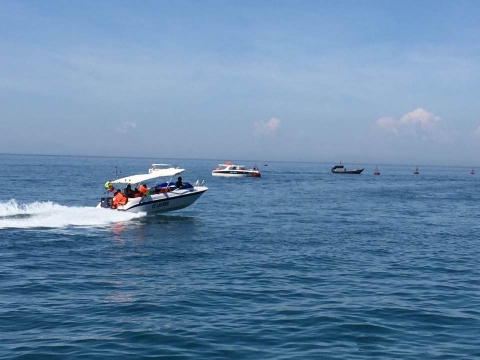 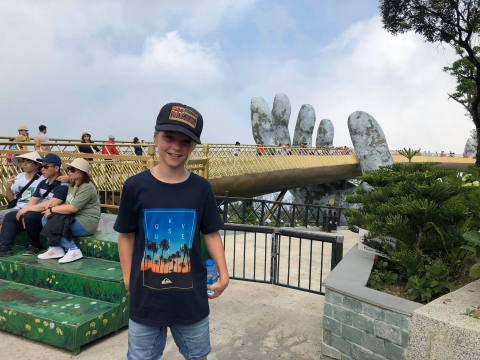